The Pro-M EFI Progressive Water/Methanol Controls are integrated into the Pro-M EFI PCM. There is no need to use a separate standalone controller. All that is needed, aside from the methanol delivery system itself, is our high current driver to power the methanol pump and our methanol flow sensor(s).

It will also compensate for methanol being injected by adjusting the flow of fuel through the fuel injectors. This keeps the air to fuel ratio correct at all times. There is no need to adjust the fuel table to compensate for the methanol. The entire process is then wrapped up in closed loop fuel control via the wide band O2 sensors.

The system incorporates several fail-safe features that will shut down the water/methanol system, and most importantly, stop adding the spark advance, should the water/methanol system fail to deliver the desired amount of water/methanol. The OBD II diagnostic system will illuminate the check engine light to warn you if there is a failure or system integrity issues. Since the spark advance is never added until there is proof of methanol delivery, our methods are much safer than anything offered by any standalone controller or any other engine management system. This virtually eliminates the possibility of engine failure due to methanol delivery system failure.

Power adders, such as superchargers, turbo chargers, and nitrous oxide systems, create heat and high cylinder pressures. As a result, spark advance must be reduced to prevent detonation and engine damage. Injecting water into the intake passages has a cooling effect on the intake charge. Adding methanol to the intake charge also has a cooling effect, but more importantly, the methanol has a very high-octane rating. This allows increased spark advance, resulting in significant power gains over using a power adder alone.

One of our test vehicles uses a supercharger, nitrous oxide, and water methanol injection all at the same time. The progressive delivery of the nitrous and the water/methanol makes this all happen seamlessly. There are no hiccups, no surges and no stumbles. The only evidence that all these things are happening all at once is the incredible rush of power. The Pro-M EFI PCM allows you to do all these things, all at once, using controls that are truly at an OEM level. Something the competition simply cannot do.

The Pro-M EFI water/methanol Injection system is easy to use, easy to understand and easy to program. In fact, most of it is already done for you. Below is an overview of the programing parameters.

The Methanol Control “Configuration” section is shown below.

Set the “Meth Control” parameter to “Enabled” to activate the water/methanol controls.

The “Meth Water Content” parameter should be set to the percentage of water being used.

The “Flex_Fuel_Content_Meth_Disable” parameter is used to determine when to shut down the water/methanol injection system, when not needed, based on the ethanol content of the fuel in the fuel tank. This feature only functions when used in conjunction with our Flex Fuel system. In the example below, the water/methanol injection would be shut down when the fuel in your fuel tank contains 50% ethanol or higher. This is useful, since fuel containing at least 50% ethanol will have an octane rating high enough to negate the need for the water/methanol. This feature will shut the water/methanol system down when not needed, and automatically enable it again when the ethanol content drops below the value entered here. 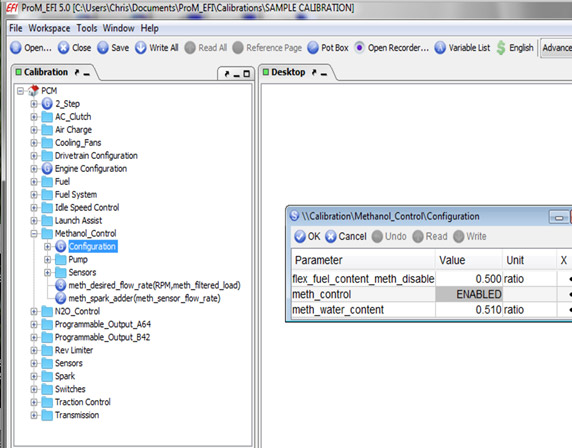 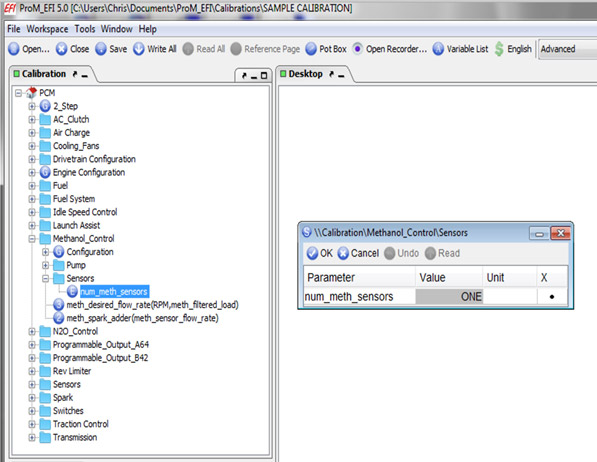 The “Meth_Pump_Open_Loop_DC” table is shown below. This table represents the amount of water/methanol that will be delivered to the engine at a given duty cycle sent to the pump motor. The entries in this table will be determined by the combination of nozzles being used. We provide this table pre-set for use with a single 625 ml/min nozzle. You will find the proper entries for other nozzle sizes, and multiple nozzle combinations on our website. Choose the appropriate table on our website based on the nozzles you will be using, and then make those entries in this table. 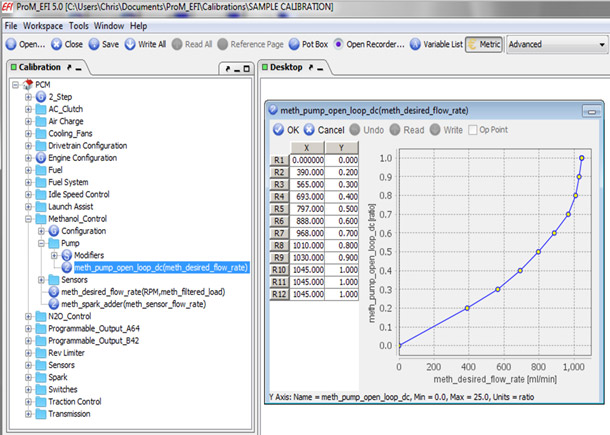 The “Meth_Desired_Flow_Rate” table is shown below. This table determines how much water/methanol will be delivered to the engine for any given combination of “Load” vs “RPM. The table below is an example of how you might want to build your table when using a single 625 ml/min nozzle. There are examples of tables for other nozzle combinations on our website. 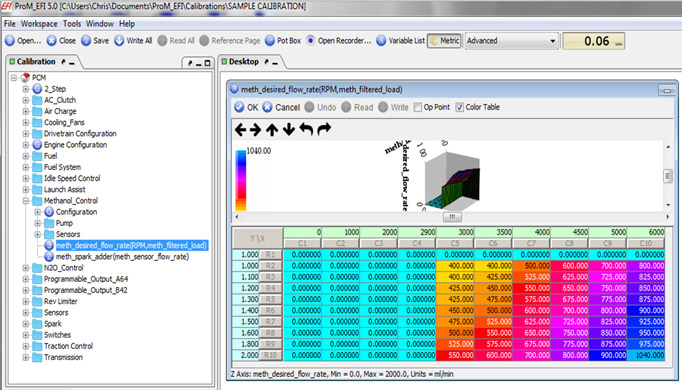 The “Meth_Spark_adder” table is shown below. This table determines how much spark advance will be added for any given amount of water/methanol being delivered to the engine.

The values in the left column represent the amount water/methanol being delivered to the engine. These values should reflect the range of flow for whatever nozzles(s) you are using. The values shown here are correct for a single 625 ml/min nozzle.

The values in the right column represent the amount of spark advance that will be added. In the example below, we are going to add a maximum of two degrees. 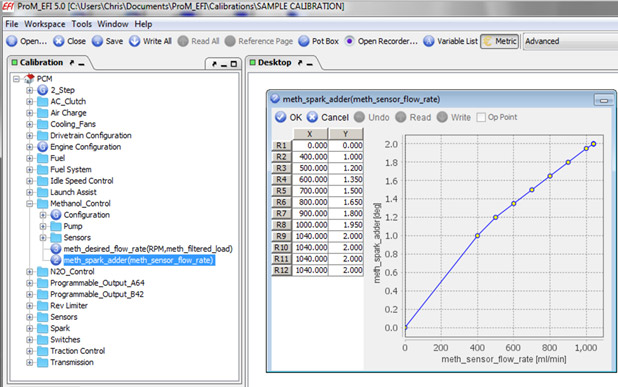 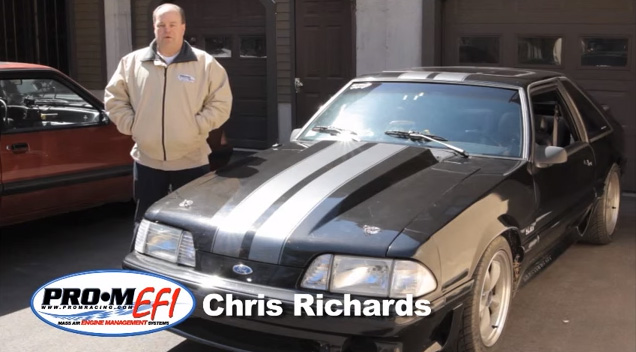